When news of Herbie’s death spread, the calls and emails from former students, colleagues and friends that I received repeatedly used the same word – mensch- to describe him. According to Leo Rosten, author of the Joys of Yiddish, a mensch is “someone to admire and emulate, someone of noble character. The key to being ‘a real mensch’ is nothing less than character, rectitude, dignity, a sense of what is right, responsible, decorous.”

I was somewhat surprised by the widespread use of mensch to describe Herbie- born in Buenos Aires, educated in New York City’s Catholic schools and a convert later in life to Methodism. I thought of mensch as an expression of Jews of European descent and a remnant of their Yiddish heritage. To again quote Rosten, mensch ‘is a term that Jews grew up on in their childhood. The Jewish mother frequently told her child ‘Be A Mensch’. To ‘Be a Mensch’ is the greatest praise and to say to someone that he is not a ‘Mensch’ is the biggest put down. “

But on reflection mensch describes Herbie perfectly and illustrates how Yiddish words express timeless qualities that have no exact counterpart in English. What made Herbie a mensch? I invite everyone who loved and admired him to answer that question for themselves. To get the conversation started, here are a few of Herbie’s mensch qualities that come to mind for me:

Herbie Brought Out the Best in Everyone Around Him

Samuel Johnson once said that “the true measure of a man is how he treats someone who can do him absolutely no good.” Herbie embodied that philosophy. He treated everyone – faculty, support staff, administration and most significantly, students as individuals. He listened to what they said and worked to understand them. His sense of humor, corny and often aimed at his own foibles, showed his basic humanity and playfulness which attracted others. Herbie never took himself too seriously. We loved him for that.

For his students, Herbie wanted nothing more than for them to learn and realize their potential. I had the office next to Herbie for many years, and simply cannot count the number of times I saw him in his office, teaching them, counseling them, editing their work, encouraging them to believe they could achieve anything. He was a model teacher. Herbie was voted Hofstra Law School’s Teacher of the Year for good reason. Our students could not have made a better choice. Herbie believed in them and they in him.

Herbie Always Tried to Do the Right Thing

Herbie was a model scholar, whose elegant writing was guided by his fundamental honesty, courage and integrity. He was guided by facts, not predetermined ideology. He investigated and based his conclusions on wherever the evidence led him.

Those qualities allowed him to navigate controversies that would have scuttled on the shoals of controversy. Herbie’s work as co reporter (with Professor Marsha Kline Pruett) for the Shared Parenting Tank, sponsored by the Association of Families and Conciliation Courts is a prime example. Writing the Think Tank Report required Herbie and Marsha to analyze the strengths and weaknesses of mounds of less than clear empirical research to shape public policy on what the law should provide about shared parenting after separation and divorce. And the subject, of course, is in the cross hairs of the gender wars and the wars between disciplines. The final report of the Think Tank focuses comprehensively and thoughtfully on the most important perspective on the issue– that of the child affected by his or her parents’ conflict- persuasively and with humility.

As Lincoln might have observed, Herbie’s scholarship aimed at improving the lives of families in court was written with malice towards none and charity for all. Everyone knew that. And those qualities are what made Herbie persuasive and easy to work with, even if you disagreed with him. His colleagues recognized Herbie’s special qualities with numerous awards. Earlier this year, he was recognized with the Association of Family and Conciliation Courts’ Tim Salius President’s Award, which is presented annually to an AFCC member who has provided exemplary service to the association. He and his co-reporter Professor Mary E. O’Connell received AFCC’s 2006 Stanley Cohen Distinguished Research Award for their work on the Family Law Education Reform (FLER) Project, a national effort to improve family law teaching which resulted in a major change in direction for law schools nationwide in the education of future family lawyers.

Herbie Was a Good Friend

I worked with Herbie for many years teaching collaboratively and working on policy projects together. We served on Law School committees together. He served as Associate Dean of the Law School before I did. We dealt with family problems. During our many conversations Herbie provided wise counsel and support when times were good or bad. Herbie never condemned or railed against the people who caused problems, but tried to figure out what can be done about them. I could always count on Herbie to assume a greater burden like chairing a committee or writing a report if we needed him. I will deeply miss my friend, Herbie the mensch. His memory is embedded in the halls of Hofstra Law School, my professional and personal life and in the students that he taught so well. I will miss his learning, humor, talent and perspective. Rosten advises that mensch is a gender-neutral term. I thus have no hesitation in also calling Herbie’s beloved wife and frequent co-author, Ruth Stern, who died shortly before he did, a mensch. My sadness from Herbie’s loss is balanced from comfort in my belief that Ruth called Herbie up to heaven to join her. There, as they have done so many times in the past, they could discuss their beloved Mets past, present and future together. They can figure out why the manager intentionally walked that last batter when everyone knew that the following batter would hit a home run. May these two menschen watch Mookie’s grounder go through Buckner’s legs together in love and peace for eternity.

Andrew Schepard
Andrew Schepard is the Sidney and Walter Siben Distinguished Professor of Family Law and Director of the Center for Children, Families, and the Law at the Maurice A. Deane School of Law at Hofstra University. View Full Bio
Recommended Posts
Popular Articles
Contact Us 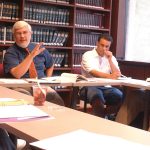 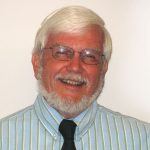