Hofstra Law’s 17-A Guardianship Project is a Success

In January of 2017, Hofstra Law’s Center for Children, Families and the Law spearheaded a pioneering interdisciplinary project with the Nassau County AHRC Foundation in which law students, under supervision, assist   families in need in obtaining the appointment of a guardian for their child with a developmental disability or delay who has reached the age of 18. The AHRC Foundation is a not-for-profit organization that empowers people with intellectual and other developmental disabilities to live self-directed lives.

The project, which officially started at the beginning of the Spring 2017 semester, enabled the eight participating students to learn the governing guardianship law and actively participate in the guardianship process. It also offered the students exposure to interdisciplinary knowledge concerning the nature and extent of developmental disabilities in children and assisted them in developing such skills as interviewing, case assessment, counseling, drafting and courtroom advocacy. Specifically, the students, under appropriate supervision, interviewed and counseled their clients — most often the parents of the child — drafted petitions for guardianship, and conducted hearings before the Surrogate’s Court of Nassau and Suffolk counties.

In the final weeks of the semester, the students researched and drafted a 20-page paper on a particular guardianship-related topic in which they analyzed the issues involved and recommended, if necessary, potential changes to the Surrogate’s Court Procedure Act and related legislation. Thus, in addition to helping families in need, the students had the opportunity to demonstrate the need for reform of the laws governing guardianship. This public policy phase of the project was particularly illuminating because many courts have struggled with the current flexibility of Article 17-A in dealing with the wide range of capacities of such individuals.

The project was developed by Hofstra Law’s Center for Children, Families and the Law in response to the need in Nassau and Suffolk counties for legal assistance in the guardianship process, which, research shows, is enormous and largely unfulfilled. Families raising a child diagnosed with a developmental disability or delay often find themselves at an unsettling crossroads when the infant reaches the age of 18 and the child’s ability to make medical, legal and other life decisions is severely compromised, necessitating the appointment of a legal guardian. Often, the parents who have provided for the child for 18 years will continue in that role. However, on occasion, a parent is unable to do so, and another qualified individual will have to step in and become the child’s legal guardian. In either case, counsel is required to represent these families in crisis, and even for families of moderate means, the expense of retaining counsel is often not affordable.

In order to obtain a guardianship or standby guardianship appointment order under 17-A of the Surrogate Court’s Procedure Act on behalf of an individual with intellectual or developmental disabilities, the court must be persuaded that the guardianship is both necessary and in the best interest of the person, a process that requires certification from either one licensed physician and one licensed psychologist, or two licensed physicians (one with experience working with developmentally disabled individuals). Given the thorough process and complex medical information that are required for guardianship certification, parents, indigent or not, are simply not equipped to navigate a guardianship without counsel.

The Guardianship Project is supervised and taught by Judge Gail Prudenti, dean of Hofstra Law and executive director of the Center for Children, Families and the Law, together with Saundra Gumerove, Esq. ’76, an experienced attorney who specializes in 17-A guardianships and is first vice president of the AHRC Nassau Board of Directors, and Matthew Kiernan, associate dean of academic operations at Hofstra Law. Judge Prudenti’s keen interest and expertise in guardianships stems in large part from her former experience as an esteemed jurist, including her position, from 1995-2000, as the Surrogate of Suffolk County.

The center’s partner, AHRC Nassau (and its Suffolk affiliate, Citizens Options Unlimited), a 501(c)(3) charitable organization, one of whose primary missions is to publicly solicit and receive funds for the benefit of individuals with intellectual and other developmental disabilities, confirmed the substantial need for assistance in the guardianship arena and agreed to refer to the Guardianship Project its clients of modest means who require and meet the criteria of 17-A guardianship. The opportunity to collaborate with AHRC was also beneficial in that it allowed the project to utilize the doctors on AHRC’s staff to provide the medical documentation necessary to submit with the accompanying petitions. Thus, AHRC was able to supply both the clients and the physician assistance required to apply for guardianship status.

The Surrogate’s Court judges in both Nassau and Suffolk counties also agreed to be involved, with each Surrogate endorsing the project and volunteering to set aside dedicated time to allow Hofstra Law students to participate in guardianship hearings.

By all measure, the project was a demonstrable success. In addition to the intensive experiential and other valuable learning experienced by the eight participating students, the project resulted in the appointment of seven guardians during the Spring 2017 semester, thereby serving the needs of the participating families. During the summer of 2017, three of the students volunteered to continue with the project, resulting in the filing of six additional guardian petitions for needy qualifying families. Of those six, one has already resulted in the appointment of a guardian, two others are scheduled for hearings in April 2018 and the remainder are currently awaiting hearing dates.

Judge Prudenti says she is “overwhelmed by the students’ having delivered these much needed and critical services” and considers the project “a real success in helping this most vulnerable segment of the population. It’s a win for families in need, a win for the students, who gain valuable experience, and a win for Hofstra Law in demonstrating its commitment to the community.”

The Guardianship Project is ongoing, with nine students now participating in the Spring 2018 semester. It is expected that it will continue indefinitely as a result of its indisputable success.

In order to sustain our programs, we rely in part upon the generosity of our benefactors who recognize the importance of our work.  If you would like to help Hofstra Law students with the resources necessary to continue to serve children with a developmental disability or delay. View more information and a video about the Guardianship Project; view related guardianship article. 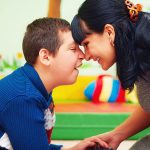 Hofstra Law’s Access to Justice Incubator Has Merged with the Center for Children, Families and the LawFamily Law, Spring 2018 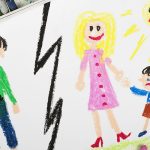