In February of 2014, Chief Judge Jonathan Lippman launched a pilot program in which non-lawyer volunteers, usually local law students, assisted unrepresented litigants during their court appearances in landlord-tenant and consumer debt cases. These trained non-lawyers were known as Court Navigators and became an integral part of Chief Judge Lippman’s crusade to provide legal help to thousands of impoverished New Yorkers who are unrepresented in serious legal proceedings.

In the fall of 2017, the Navigator Program was adopted by the Nassau County Supreme Court Matrimonial Center. This was the first time that the Navigator Program was used to help self-represented litigants in matrimonial cases. The supervising judge of the Matrimonial Center, Honorable Jeffrey A. Goodstein, requested law student volunteers from the Maurice A. Deane School of Law at Hofstra University to assist him in implementing the new program. The opportunity was offered to Professor Andrew Schepard’s Family Law With Skills course and I was one of the seven students who volunteered.

At the training session, the students were taught how parties can initiate a divorce proceeding and all the necessary steps to properly file a divorce packet. The students also learned how to initiate and respond to a motion or an order to show cause. Under the Navigator Program, like similar programs instituted across the country, participating law students are only permitted to provide unrepresented litigants with legal information and not legal advice. For example, Navigators are not permitted to instruct the litigants on which of the seven grounds for divorce they should select, but are allowed to explain the differences between the different grounds and then allow the unrepresented litigants to make their own decision as to which ground to use.

One of the more challenging situations that the students faced was when one unrepresented litigant was instructed to file a divorce packet by a certain deadline. When this litigant sought help from the Navigator Program, all he had was an unorganized plastic shopping bag filled with the papers he had received throughout his divorce action. Over the course of three sessions, the Navigators were able to successfully assist the litigant in assembling and completing all the forms necessary to finalize his divorce. Without the assistance provided by the Navigator Program, it is unlikely that this litigant would have been able to meet the filing deadline set by the court.

Another unrepresented litigant was served with an order to show cause by his ex-wife seeking an upward modification of child support as set forth in their stipulation of settlement. Although the legal issues were complex, the Navigators were able to provide the litigant with the forms necessary for him to properly respond to the order to show cause, information as to what, in general terms, should be included in the response, and the deadlines associated with the application. This unrepresented litigant did not need the Navigators to assist him in completing the response, and with his questions answered, he was able to complete it on his own.

While providing assistance to some unrepresented litigants, the Navigators were not able to help all of those that were sent to them. One litigant in particular came to the program alleging that her former mother-in-law would not allow her to see her children and had not allowed her to see her newborn daughter in several months. According to this litigant, the mother-in-law was also threatening to relocate the children to China. Based on the seriousness and complexity of these issues as well as a language barrier, the Navigators referred her to other free legal services available to the indigent population that would be able to offer the assistance necessary.

The Navigators not only gained valuable experience through assisting unrepresented litigants, they also benefited from being present at the Matrimonial Center. If the Navigators had no scheduled appointments, the judges involved in the program kindly allowed us to sit in on any trials, hearings and conferences that were going in their courtrooms on that day.

Gregory Myers
Gregory Myers is a third-year student at the Maurice A. Dean School of Law at Hofstra University.
Recommended Posts
Popular Articles
Contact Us 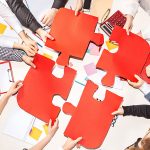 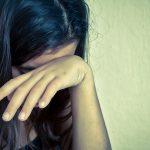