In the fall semester of 2017, the Youth Advocacy Clinic (YAC) afforded me an exceptional opportunity. I was able to make a positive impact on the life of one member of one of the most vulnerable segments of society, immigrant children. As a YAC intern, my responsibility was to advocate on behalf of young immigrant clients, ages 6-20, in both family and immigration court in order to ensure them a safe and stable placement in the United States.

As I aspire to become a family law attorney, my initial goal in applying to the Youth Advocacy Clinic was to gain experience in the family law field and in family court. What the YAC provided me with was much more than merely an experience. It reinforced in me the true meaning of being an effective advocate and attorney.

For two consecutive days, my fellow YAC interns and I were intensively trained in special immigrant juvenile status matters, juvenile rights matters and legal ethical rules. We were divided into groups of two, and each pair was assigned to approximately three cases. Each group was expected to thoroughly review the files of each of their assigned clients so as to be fully familiar with the particular facts of each case.

As advocates, our goal was to seek special immigrant juvenile status (SIJS) on behalf of our clients in order to adjust their status to lawful permanent legal residents. SIJS is a federal law that helps certain undocumented children in the state juvenile system to obtain lawful immigration status. In order to prove each client’s eligibility for SIJS, we were required to demonstrate that (1) he/she was under 21 years of age; (2) he/she was unmarried; (3) he/she had been declared a dependent of a juvenile court; (4) reunification with one or both of his/her parents was no longer viable due to either abuse, neglect or abandonment; and (5) it was not in his/her best interest to return to his/her home country.

Like every novice in the field, I was driven by the idea of arguing on behalf of my clients before a judge, and I was determined to make a good impression in the courtroom. So, I intensely studied the elements of SIJS and made sure that I knew them like the back of my hand. My desire to make well-articulated and convincing legal arguments increased the more I spoke with my clients and learned about their plights and their urgent need to stay in the U.S.

I remember how nervous I was the first time that I went to Immigration Court. Throughout the train ride, I kept replaying in my head what I was going to say in front of the judge. I was so consumed with the way that I would be perceived in court that I began to pray for some kind of divine intervention to help me with my words and actions. It was not until I saw my client, Isabella (name changed to protect client confidentiality), in the court hallway, her back against the wall, her eyes looking up to the ceiling and her hands nervously rubbing against each other, that I remembered her unfortunate situation and why I was there. I wasn’t there for me; I wasn’t there to get praised; I was there because a young person’s future depended on me. So, I had to distance myself from being a student and take on the role of a true attorney, a true advocate.

Isabella had gone through so much in her home country that if she were to return there, she might not survive. For Isabella, living in Guatemala was a never-ending rollercoaster of fear, depression and solitude. Isabella, whose mother had left her to go to the United States when she was only a 1-year-old, was left to face a life of abuse at the hands of the very people she expected to love and protect her, her family. She was only 13 years old when she was pinned down on the floor against her will as her cousin raped and beat her. During the two months preceding her arrival in the United States, Isabella was repeatedly physically and sexually abused by more than one of her cousins on a daily basis. She had no one to turn to and no one to protect her. The last phrase that her cousins had uttered to her in Guatemala was a direct and frightening threat, “If you tell anyone, we will kill you.”

Isabella’s dreadful situation was more than enough motivation for me to work 20-30 hours a week on her behalf. I had to do my absolute best to ensure that she would never be thrown back into the dark hole that was her life in Guatemala. My partner and I worked vigorously to restore the light in Isabella’s life. We drafted affidavits and motions that elicited her story; we conducted extensive research so that we could effectively argue why she should remain in the United States; we prepared her for direct examination in court; and we continued to counsel her throughout the process, which included keeping in frequent contact with her to make sure that she was up-to-date as to the status of her case.

Our advocacy went beyond that of merely arguing her case in court. It went as far as researching where Isabella could find the emotional support that she needed in order to cope with her traumatic experience, which often manifested itself in the form of nightmares and depression. My partner and I, as well as our YAC supervising professor, firmly believed that obtaining outside help such as therapy for Isabella, was a crucial step toward the long-term goal of strengthening her physical and emotional well-being.

All of the dedication and the effort that we put into advocating on Isabella’s behalf was rewarded by the long hug that she gave my partner and me as she cried tears of joy in the courtroom. On October 22, 2017, Isabella was granted SIJS, and she will not have to go back to the dark abyss that awaited her in Guatemala, which she had dreaded for so long.

The Youth Advocacy Clinic has been the best experience that I have had in law school. Not only did it provide me with an incredible life experience, it shaped me as a future family lawyer and instilled in me the importance of advocating for my client. What I learned is that it is not about praise or recognition from others. It’s all about making a difference in the life of the client. 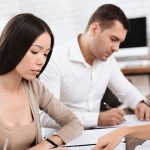 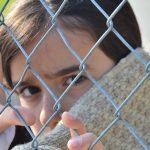