By Natalia Coppola-Gandolfo
Posted August 31, 2018
In Fall 2018, Family Law, Uncategorized
Amending 17-A Guardianship to Safeguard the Due Process Rights of Intellectually and Developmentally Disabled Individuals2018-08-312018-09-21https://familylaw.hofstra.edu/wp-content/uploads/2018/01/logo-2.pngCenter for Children, Family and the Law at the Maurice A. Deane School of Lawhttps://familylaw.hofstra.edu/wp-content/uploads/2018/08/seniors-3.jpg200px200px
0

Article 17-A is an intelligently and carefully crafted statute that has provided many families with the ability to provide proper care for their intellectually or developmentally disabled child (“the ward”) after he or she reaches the age of majority. The purpose of the following proposed amendment, which would require annual reporting and review and establish training guidelines for guardians, is not to change the goals or effect of Article 17-A, but to provide a safety net to ensure that the ward’s liberty interests are fully protected.

A well-settled concept in both society and the law is that parents have the right to raise, care for and control their children as they see fit. The earliest case to address this liberty interest was Meyer v. Nebraska, 262 U.S. 390 (1923), wherein the Supreme Court held that the “liberty” protected by the due process clause includes the rights of parents to establish a home, bring up children and to control the education of their children. The courts later broadened this concept by recognizing the fundamental right of parents to make decisions concerning the care, custody and control of their children.

The law’s concept of the family rests upon a presumption that parents possess what a child lacks in maturity, experience and capacity for judgment required for making life’s difficult decisions. It also recognizes that natural bonds of affection lead parents to act in the best interests of their children. However, families with children who are intellectually or developmentally disabled face many difficult decisions that they must make every day, and these decisions do not end when the child reaches the age of majority. Article 17-A of the Surrogate Court’s Procedure Act, which was enacted in 1969, grants parents the ability to apply for 17-A guardianship when their intellectually or developmentally disabled child reaches the age of 18 so that they can continue to have the legal power to make decisions and care for their child indefinitely. While Article 17-A has its benefits, slight changes could serve to improve the guardian’s ability to act in the best interest of the ward.

This has raised some concerns about whether the ward’s needs and best interests continue to be met in the years following the initial appointment of the 17-A guardian. Possible unreported abuse or neglect that may be committed either by the guardians, health care workers, house managers or other residents in the facilities in which the wards may reside is also a concern. The lack of continuing involvement by the court in Article 17-A guardianship proceedings in effect constitutes a deprivation of the ward’s basic liberty interests.

In an effort to minimize the deprivation of these fundamental due process rights, annual reporting and review should be required by Article 17-A to enable the court to remain informed of the ward’s mental, physical and emotional status. In this way, it can intervene if and when it becomes necessary to ensure that the ward’s basic needs are met and that he or she is given the opportunity to reach his or her best potential and thrive despite the limitations of his or her disability. The reporting would include information regarding the ward’s residence, primary caretakers, any services or treatment the ward is receiving, medications he or she is taking, name and contact information of the ward’s Medicaid coordinator and house manager, if applicable, and any significant changes or concerns regarding the ward’s physical or mental health. The report would be sufficiently detailed so as to reflect the ward’s condition and the care the guardian is providing so that the court can ensure that the guardian is performing their duties in the ward’s best interests.

In practice, this periodic reporting and review would require the state to justify the continued curtailment of the ward’s liberty interests and thus protect him or her from possibly unwise, ill-informed or incompetently made decisions by his or her guardian. At the same time, it would provide continuing and constructive guidance to the guardians as to how to best care for their wards.

This proposed amendment would require all guardians, other than the ward’s parents, to file annual reports, which is similar to the procedure for 17-A guardians of the property. Parental guardians would be excluded from this requirement unless the court finds, in its discretion, that reporting and review by them is necessary either at the time of appointment or thereafter. If enacted, this portion of the amendment would assist the guardians in learning how to advocate effectively for their wards, monitor and remain involved in the wards’ well-being — including their living situation and medical care — avoid conflicts of interests, and make decisions in accordance with the wards’ best interests.

In conclusion, amending Article 17-A so as to include these requirements will not only afford the ward greater protection of his or her due process rights, it will also provide much-needed guidance and support for the guardians to better perform their duties. 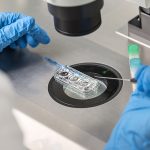 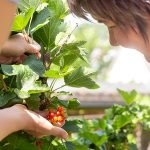 A Diagnosis of “Intellectual or Developmental Disability” Does Not Always Warrant Article 17-A GuardianshipFall 2018, Family Law, Uncategorized