In every issue of FamilyLaw@HofstraLaw, we will be profiling a successful Hofstra Law alumnus. We are proud to launch our series with the below interview with our illustrious alumnus, Judge Jeffrey Sunshine.

Judge Sunshine’s longstanding dedication to public service in family law was recognized by his appointment, effective June 1, 2018, by Lawrence K. Marks, the chief administrative judge of the New York State Courts, to the prominent position of statewide coordinating judge for matrimonial cases. This position, which existed in a similar form years ago but not in the last few years, was revived following numerous requests by members of the bar and others for an experienced matrimonial judge to work with the administrative judges, the matrimonial part judges and the matrimonial bar to better promote the goals of the chief judge’s Excellence Initiative.

Chief Judge Janet DiFiore, who is committed to achieving and maintaining excellence throughout the court system, announced the Excellence Initiative earlier this year. It involves a detailed and comprehensive evaluation of current court processes and procedures to determine what is working well and what needs to be improved. Judge DiFiore has requested input from the public, judges, jurors, litigants, attorneys and court employees.

In his new position, Judge Sunshine will work with other judges to develop protocols and best-practice models to expedite the processing of contested cases, revise and streamline the uncontested divorce process, work to promote and expand mediation in divorce cases, act as a liaison between the court system and the matrimonial bar, promote e-filing in matrimonial cases, and work with the Judicial Institute on matrimonial education programs. Judge Sunshine advised that he is thrilled and excited about taking on this new position, which will provide him with the opportunity to further improve and effectuate positive change in the matrimonial court process.

Judge Sunshine’s extensive experience and involvement in the family law field dates back to the beginning of his professional career. After spending the first few years as the principal law clerk for an acting Kings County Supreme Court justice, Judge Sunshine spent the next 15 years as a sought-after matrimonial practitioner with many years of service on numerous influential commissions and committees.

During this time, he was president of the Brooklyn Bar Association and served as the chair of its Family Law Section for over 10 years. He served as the chair of the New York State Bar Association Special Committee on Judicial Discipline and was a member of the Grievance Committee (Attorney Disciplinary) for the Second and Eleventh Judicial Districts. He also served as a member of the Matrimonial Commission established by former Chief Judge Judith Kaye and was the co-chair of the commission’s subcommittee on the Role & Function of the Judiciary and Court Administration. He was also a member of the Best Practices Committee for Matrimonial Judges.

When asked how he found himself involved in matrimonial law so early in his career, Judge Sunshine explained that “it was actually purely accidental. The equitable distribution statute was new at that time — enacted in July 1980. I had recently graduated Hofstra Law, knew about it and studied it. I was a law clerk to a civil court judge who was later assigned as an acting Supreme Court judge doing matrimonial matters. He knew relatively little about the field; I had studied it at Hofstra, and the rest was history”.

In 1998, Judge Sunshine began his illustrious judicial career with his appointment as a judge of the Kings County Family Court, where he presided over a hybrid custody/child protective part. In 2001, he was designated as an acting Supreme Court justice by then Chief Administrative Judge Jonathan Lippman, and served in that capacity from 2001 through 2010. From 2001 to 2003, Judge Sunshine sat in the matrimonial part in Richmond County Supreme Court, where he eliminated a multiyear case backlog. Since 2003, he has sat in Kings County Supreme Court, and in January of 2011, he started his current 14-year term as a Supreme Court justice.

Judge Sunshine has been the supervising justice for matrimonial matters of New York State Supreme Court, Kings County, since 2007, the first jurist ever appointed to that position. As such and based on his vast experience in the family law arena, he has an intimate understanding of how the court system operates and how it deeply affects the lives of parents and their children who find themselves embroiled in the emotional and financial turmoil that goes hand in hand with divorce and the necessity of restructuring the family unit.

In 2014, Judge Sunshine was provided with the opportunity to further effectuate positive change in the New York State family law court system when he was named by the former chief administrative judge, the Honorable A. Gail Prudenti (now the dean of Hofstra Law), as the chair of the Chief Administrative Judge’s Matrimonial Practice Advisory and Rules Committee, a position he retains today. Notably, during the 2014-2015 legislative session, he successfully negotiated the passage of a permanent maintenance guidelines bill that was signed by Gov. Andrew Cuomo. During the 2016 legislative session, a change proposed by this committee to make the standard for contempt in Supreme Court matrimonial actions the same as that used in Family Court was enacted by the legislature and signed by the governor. With this rule change, payee spouses are no longer required to exhaust all remedies before a payor spouse can be held in contempt for nonpayment.

Judge Sunshine advised me of how fondly he looks back on his years at Hofstra Law. It is the place where he met his wife, Nancy T. Sunshine ’81 (formerly Nancy Tegtmeir), who is the county clerk of Kings County. It is also where he learned all of the fundamentals of the law and how to become an effective advocate. When asked how he thinks his Hofstra Law education influenced his career, he advises that “the importance of legal writing, analysis and oral argument preparation, together with a strong commitment to due process and access to justice, all were the hallmark of my education at Hofstra.”

He laughs as he tells me the story about how he was all set to attend another law school and then two days before the beginning of his first year, he had second thoughts about not accepting Hofstra Law’s offer of admission. He met with Aaron Twerski, then dean of Hofstra Law, the following day and started his legal training at Hofstra Law on the first day of classes the very next day, a decision that to this day he is very grateful to have made those many years ago.

At the end of our time together, I asked Judge Sunshine what advice he would give to a Hofstra Law student considering a career in matrimonial practice. He replied that “a good matrimonial lawyer has to have a good foundation in the law and ethics. You need to not only be able to deal with individuals during one of the most stressful periods of their lives; you also need a strong foundation in commercial law, conflicts of law, navigating the courthouse process and trial advocacy. A career in matrimonial law does not have to be based only on a litigation model. There is a world awaiting — the growth of matrimonial mediation, collaborative law and neutral evaluations as well.”

Hofstra Law is extremely proud of the Honorable Jeffrey Sunshine ’80 for all that he has achieved and the many important and influential contributions which he has made and continues to make in the family law field. 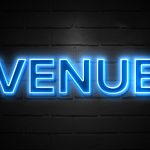 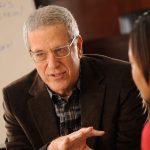 Message From the Director of Center for Children, Families and the Law: Interdisciplinary Education in Hofstra Law’s Family Law CurriculumFall 2018, Family Law, Uncategorized