By Judge Gail Prudenti
Posted August 31, 2018
In Fall 2018, Family Law, Uncategorized
Square Pegs and Round Holes: Shoehorning Modern Family Dynamics into Antiquated Laws2018-08-312019-01-22https://familylaw.hofstra.edu/wp-content/uploads/2018/01/logo-2.pngCenter for Children, Family and the Law at the Maurice A. Deane School of Lawhttps://familylaw.hofstra.edu/wp-content/uploads/2018/08/invitro3-3.jpg200px200px
0

The Solomonic legal issue was this: whose child was this — the black couple whose reproductive chemistry created the embryo, or the white woman who carried it to term and then delivered? And if the child belonged to the biological parents, was the gestational mother entitled to visitation?

Whenever the applicable law was written, nobody envisioned a scenario in which the biological and gestational mother could be anything but one and the same person. But the courts have had to apply existing law to a circumstance the law never envisioned.

A unanimous First Department panel in Perry-Rogers v. Fasano1 held for the black couple in a thoughtful opinion by Justice David Saxe. The court resolved the dispute in this case, but wisely declined to declare that no gestational mother may ever assert visitation rights with the infant she carried simply because she is a “genetic stranger” to the child. The court prudently conceded that we simply don’t know where science and the law is taking us; hence it would be unwise to venture beyond where we can see:

In referring to the rights and responsibilities of parents, the laws of this State, as well as the commentaries and case law, often use the term ‘natural parents,’ as distinguished from adoptive parents, stepparents, and foster parents. Until recently, there was no question as to who was a child’s ‘natural’ mother. It was the woman in whose uterus the child was conceived and borne.

It was only with the recent advent of in vitro fertilization technology that it became possible to divide between two women the functions that traditionally defined a mother, at least prenatally. With this technology, a troublesome legal dilemma has arisen: [w]hen one woman’s fertilized eggs are implanted in another, which woman is the child’s ‘natural’ mother?2

With the evolving definition of family—not to mention the brave new world of genetic science—judges are increasingly forced to think in ways they previously had not while applying laws in a way that was never contemplated when they were drafted, synchronizing old laws and old views with new realities.

A perfect example is the Third Department’s recent holding in Matter of Christopher YY v. Jessica ZZ and Nichole ZZ,3 which held, apparently for the first time, that the presumption of legitimacy that attaches to a child born within marriage applies to a child born to a same-sex marriage. That may seem obvious and self-evident; after all, Domestic Relations Law §24 (entitled, “Effect of Marriage on Legitimacy of Children”), simply and clearly states that “[a] child…born of parents who prior to or subsequent to the birth of such child shall have entered into a civil or religious marriage…is the legitimate child of both parents”. There is no question that Jessica and Nichole were legally married. But there is a glitch that the drafters of §24 likely never foresaw. The presumption of legitimacy is rebuttable, traditionally upon proof that the child is the offspring of someone outside the marriage. In other words, in that construct, legitimacy is solely a biological question. The fact pattern in Matter of Christopher undermines the entire premise and forces the courts to reconsider what “legitimacy” means in this day and age and in the context of a law designed to preserve the family unit and assure the children of stability.

Family Court ordered paternity testing, and the Third Department reversed, notwithstanding the fact that nine months earlier a slightly different panel of the same court (three of the five justices were on both cases) had unanimously concluded that the presumption of legitimacy is rebuttable upon “clear and convincing evidence… tending to prove that the child was not the product of the marriage” (emphasis added).4 In Matter of Christopher, it is obvious that the child is not the “product” of a same-sex marriage, at least not in the customary sense, but the Third Department, in a far-sighted opinion by Justice Robert Mulvey, recognized that the application of statutory and case law addressing different-gender spouses is “inherently problematic” when dealing with same-gender couples:

This changing legal and social landscape requires reexamination of the traditional analysis governing the presumption of legitimacy… While a workable rubric has not yet been developed to afford children the same protection regardless of the gender composition of their parents’ marriage, and the Legislature has not addressed this dilemma, we believe that it must be true that a child born to a same-gender married couple is presumed to be their child and, further, that the presumption of parentage is not defeated solely with proof of the biological fact that, at present, a child cannot be the product of same-gender parents. If we were to conclude otherwise, children born to same-gender couples would be denied the benefit of this presumption without a compelling justification. The difficulty is in fashioning the presumption so as to afford the same, and no greater, protection.5

To again quote Justice Mulvey, “[t]he Legislature has not addressed this dilemma.” (emphasis added). Courts, of course, do not have the luxury of waiting for the Legislature to get around to addressing dilemmas, especially those that were not foreseeable until a legal dispute brought the issue to the fore. With the seismic shift in the perception of “family” over the past generation, judges are more and more called upon to force the square peg of modern culture into the round hole of the law, and sometimes even our most esteemed high courts, down the road, hit the reset button.

That is what happened with the Court of Appeals’ landmark 2016 opinion in Brooke S.B. v. Elizabeth A.C.C.6 In that case, the court backtracked from a 25-year-old precedent in Alison D. v. Virginia M.7 and found, lo and behold, that Domestic Relations Law §70 permits “a non-biological, non-adoptive parent to achieve standing to petition for custody and visitation”8 after all. Alison D. said just the opposite, concluding that a child’s lesbian co-parent was a “legal stranger” with no right to seek visitation rights after separating from the biological mother. Only then-Associate Judge Judith S. Kaye saw the writing in the wall back in 1991.

In her dissent, Judge Kaye observed that DRL §70 specifies that the person seeking custody or visitation must be the “parent,” a term the Legislature found no need to define, undoubtedly because at the time the meaning was self-evident and unambiguous. The majority was leery of expanding the definition beyond its traditional intended meaning, understandably concerned that doing so could open the floodgates and permit every dedicated caregiver to sue for visitation, while upsetting myriad legal principles. Judge Kaye, however, believed there was a happy medium, and said her colleagues “overlook and misportray the Court’s role in defining otherwise undefined statutory terms to effect particular statutory purposes, and to do so narrowly, for those purposes only.”9

It is not my intention to spell out a definition but only to point out that it is surely within our competence to do so. It is indeed regrettable that we decline to exercise that authority in this visitation matter, given the explicit statutory objectives, the courts’ power, and the fact that all consideration of the child’s interest is, for the future, otherwise absolutely foreclosed.10

In Brooke S.B., the court found “limited circumstances” where DRL §70 “permits a non-biological, non-adoptive parent to achieve standing to petition for custody and visitation.” Judge Sheila Abdus-Salaam, writing for the court, held:

“The definition of ‘parent’ established by this Court 25 years ago in Alison D. has become unworkable when applied to increasingly varied familial relationships….Under the current legal framework, which emphasizes biology, it is impossible— without marriage or adoption—for both former partners of a same-sex couple to have standing, as only one can be biologically related to the child. By contrast, where both partners in a heterosexual couple are biologically related to the child, both former partners will have standing regardless of marriage or adoption. It is this context that informs the Court’s determination of a proper test for standing that ensures equality for same-sex parents and provides the opportunity for their children to have the love and support of two committed parents.”11

Without question, the definition of “family” is constantly changing and has shifted continuously since the very founding of the republic.12 The new family paradigm is there is no paradigm. The nuclear family “ideal” glorified in such television programs as Ozzie and Harriet and Leave it to Beaver — breadwinner father, homemaker mother, “natural” (translation: biological) parents — gave way to family units with a single parent, same sex parents who may or may not share DNA with children they may or may not have adopted and, other myriad relationships that could have little (or everything) to do with genetics. Our statutes have not kept pace with this shift, and to this day the U.S. Census Bureau defines “family” as “a group of two people or more (one of whom is the householder) related by birth, marriage, or adoption and residing together.”13 And the problems that arise therefrom must be resolved by the courts, whether there is clear legislative guidance or precedent or not.

Judge Kaye in Alison D. recognized the court’s legitimate role in defining terms undefined by the Legislature— such as “parent”—to effect the overarching intent of the statute. That is a role the courts must embrace, with all due caution and restraint. Culture, science and law are intersecting in unprecedented ways, and much of the time the resultant societal and legal questions arise in the courts that need to be brought to the attention of lawmakers.

Judge Gail Prudenti is Dean of the Maurice A. Deane School of Law at Hofstra University and Executive Director of the Center for Children, Families and the Law. She was previously Chief Administrative Judge of the State of New York and Presiding Justice of the Appellate Division, Second Department.

This article was originally published in the April 2018 edition of Nassau Lawyer. It is reprinted with permission by the Nassau County Bar Association.

Judge Gail Prudenti
Dean and Executive Director of the Center for Children, Families and the Law at the Maurice A. Deane School of Law at Hofstra University — View Full Bio
Recommended Posts
Popular Articles
Contact Us 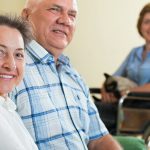 Amending 17-A Guardianship to Safeguard the Due Process Rights of Intellectually and Developmentally Disabled IndividualsFall 2018, Family Law, Uncategorized