As chair, Judge Jeffrey Sunshine ’80 takes great pride in the important work performed by the Matrimonial Practice Advisory and Rules Committee. When asked which bill recently proposed by the committee he thinks would have a particularly significant impact on the New York State matrimonial court system, he replies that the new venue provision proposal, which would add an additional venue provision (CPLR 514) solely applicable to matrimonial actions, would have such an effect. The new CPLR 514 would require that venue in a matrimonial action be fixed in a county where one of the parties to such action resides absent good cause being shown to fix it elsewhere.

The background regarding the need for this proposed new legislation is discussed in further detail in the most recent Matrimonial Practice Advisory and Rules Committee report issued in January of 2018. Currently, plaintiffs in matrimonial actions often utilize the mechanism allowed by CPLR 509 to designate venue in the county of their choice, even though none of the parties or their children are residents of that county. Some of the reasons set forth for these “non-resident” designations of venue are: (a) the convenience of the attorneys who do not want to travel to file papers or make court appearances; (b) taking advantage of what is widely believed to be expedited processing of divorces in certain counties, such as New York County; and (c) plaintiffs in distant counties choosing to file in another county, such as New York County, because they believe that their spouse will be more likely to default if he or she must bear the expense and effort of traveling to a court in another county.

Notably, the last reason further adds to the congestion in the court system, because when defendants realize the significant consequences of having defaulted on such important issues as spousal support, child support, custody and distribution of marital property, they try to vacate the default judgment or bring new actions for post-judgment relief in order to modify the terms that were not properly addressed in the first place. Thus, the committee found that CPLR 509 designations of venue in counties not related to the residence of the parties or their children, especially in matrimonial actions where the issues are intimately tied to such place of residence, are contrary to the goals of efficiency and access to justice.

Judge Sunshine believes that the enactment of this new venue provision would go a long way to promoting more efficient disposition of uncontested divorces and would ease the existing court congestion in select counties while furthering access to justice. It would also, he advises, promote the all-important proposition that venue in divorce actions involving minor children should relate to the place of residence so that the courts are able to make appropriate decisions as to custody, parenting time, child support and issues involving the children’s education and activities, with, where appropriate, the involvement of an attorney for the child familiar with the services available where the child resides. This bill is currently in the Senate Rules Committee. 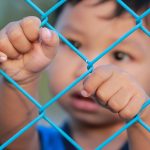 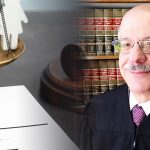