Message From the Director of Center for Children, Families and the Law: Everything’s Up to Date at the Kansas City Family Law Summit

I went to Kansas City on a Friday

By Saturday I learned a thing or two

But up ‘till then I didn’t have an idea

Of what the mod’rn world was coming to

Lyrics from Everything’s Up to Date in Kansas City, a song sung by Cowboy Will Parker on his return from a trip to Kansas City from the musical, Oklahoma, by Richard Rogers and Oscar Hammerstein II.

One of the great benefits of being Director of the Center for Children, Families and the Law is the opportunity to connect with judges, lawyers, court administrators, community leaders and other stakeholders from across the Country and around the world who are working to improve the legal system to better meet the needs of parents and children. This column focuses on one example – the Kansas City Family Law Summit that I participated in during October 2018.

I have been a consultant for the Institute for the Advancement of the American Legal System (IAALS) for several years. IAALS is a “think tank” located in Denver that proposes solutions to civil justice problems.  IAALS has focused on separation and divorce as an area of special interest and importance.  Hofstra Law’s Center for Children, Families and the Law works closely with IAALS on a number of projects.

One of those projects is organizing and facilitating meetings of the family law bar to try to enlist them as allies in the cause of creating a better family law system. IAALS first convened a national summit for the family law bar entitled  Family Bar Summit: Shaping the System for the Families We Serve (the National Summit). Family Court Review published the Report of the National Summit[1] with extensive commentary as a special issue in January 2017.[2]  I participated in the National Summit and served as a principal draftsperson for the policy-based hypotheticals that were the focus of discussion there.

IAALS’ hope is that the National Summit would serve as a model for similar family bar summits at the state and local level. New York agreed to be the first.  In March 2017, the Center for Children, Families and the Law and the Monroe H. Freedman Institute for the Study of Legal Ethics, together with IAALS, hosted Matrimonial Practice in New York in the 21st Century: The Bar’s Role in Shaping Change which was held at Hofstra Law School. The success of the New York Summit was reflected in the New York Summit’s Report, written by my wonderful late colleague, Professor Herbie DiFonzo, with help from his student assistants, which was recently published in the Family Court Review.[3]

The Kansas City Family Law Summit (the KC Summit) is the third in what we hope will be a continuing series.  The organizing committee for the KC Summit asked me to serve as a consultant to them because of my experience with the National and New York Summits. The KC Summit organizing committee was led by Hon. Keven M. O’Grady of the Johnson County District Court, a family law judge and a driving force for reform. It included representatives from University of Missouri-Kansas City School of Law (UMKC), which has an excellent family law program, some of whom are colleagues that I have worked with in the past. Barbara Glesner- Fines, now the UMKC Dean, is a nationally recognized family law expert and served on the editorial board of the Family Court Review. Mary Kay Kisthardt of UMKC’s faculty is also a nationally recognized family law expert and the long-time editor of the Journal of the American Academy of Matrimonial Lawyers, which is based at UMKC. Mary Kay O’Malley is the clinical professor in charge of the family law clinic at UMKC and provides support for her students’ emerging careers and professionalism in family law.  Daniel J. McCarroll, UMKC’s Director of Continuing Legal Education, is an excellent administrator and helped organize the Program.

The KC Summit organizing committee decided to follow the format of the National Summit – discussion of hypotheticals in small groups raising key problems in family law policy and practice with a focus on their solutions. Law students from UMKC and Washburn Law School served as reporters for each group. Topics for the hypotheticals used by the KC Summit working groups included a wide breadth of subjects, which included:

I was honored to be asked to set the tone for the KC Family Law Summit with a keynote address. I began by focusing on the reasons that IAALS and the Center convened the previous Summits – the belief that this is a time of transformation in the family law system (think, for example, of the impact of no-fault revolution, the growth of self-represented litigants and the rise of alternative dispute resolution). The family law bar needs to be a partner with other stakeholders in the process of strategic planning to adapt the system to the needs of 21st Century parents and children.

I then discussed the themes that emerged from the dialogue at the National and New York Summits about how the family law bar can best help shape the future of the family law system. I will describe those in more detail in later columns, but hope it is helpful for readers to list them in bullet points here:

Lively, passionate and informed small group discussion followed the keynote address. I was particularly intrigued by the discussions on the need for cross border cooperation in the legal systems of the governmental entities of the greater Kansas City area.

I learned at the Summit that the people of “Kansas City”, and many of the lawyers in the Kansas City family law system, think of themselves as living in a single geographical area even though the Kansas City metropolitan area is actually comprised of 15 counties contained in two different states. This metropolitan Kansas City area, which encompasses two states and several counties, is anchored by Kansas City, Missouri and also includes other large cities including Kansas City, Kansas, Overland Park, Kansas and Independence, Missouri.

Substantive law, court rules and procedures in the family courts of each state, and to some extent each county, however, differ. People move freely between Kansas and Missouri and between counties without focusing on any possible change in governing legal rules and procedures or the appropriate forum to resolve those issues. A divorce can begin in Kansas and the family or a member thereof can move to Missouri requiring a change of venue and sometimes new lawyers and new procedures. The result is often frustration and delay for lawyers and clients. The inclusion of the cross-border topic was thus necessary since the jurisdictional conflicts inherent in Kansas City metropolitan area life need to be managed more effectively for the benefit of the families and children who reside there. These families often do not have the funds to litigate what are mostly procedural technicalities without even resolving the substantive issues of the divorce and separation.

Following small and large group discussions and reporting back, participants in the KC Summit began to focus on “next steps” for taking the excellent recommendations of the group and turning them into action. They thus began to coalesce into a force for reform.

So like Will Parker from Oklahoma I now have a much better idea of what the “mod’rn world is coming to” because of my trip to Kansas City. My exposure to the modern world is different than Will’s, who was impressed by the tangible – skyscrapers, the telephone, the automobiles and the burlesque shows of Kansas City. I, in contrast, was impressed by the less tangible but even more important commitment and spirit of those who want to reshape the Kansas City family law system for the benefit of their communities. They have equivalent spirits elsewhere from whom they can draw strength and ideas and can provide the same in return. Maybe someday the modern-day equivalents of Rodgers and Hammerstein will capture that commitment and spirit in a song.

Andrew Schepard
Andrew Schepard is the Sidney and Walter Siben Distinguished Professor of Family Law and Director of the Center for Children, Families, and the Law at the Maurice A. Deane School of Law at Hofstra University. View Full Bio
Recommended Posts
Popular Articles
Contact Us 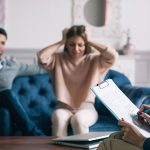 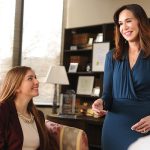 Message From the DeanFamily Law, Winter 2018-19