Parent Education 2018: An Update on Programs

By order of the Chief Administrative Judge of the Courts of New York dated August 9, 2018, the Honorable Lawrence K. Marks authorized the establishment of a pilot program for the mandatory referral of parents to attend a parent education and awareness program in all contested matrimonial matters involving custody of or visitation with children in seven different counties in New York State. The order, which took effect on October 1, 2018, directed that the following counties establish a parent education and awareness program: Monroe, Nassau, New York, Ontario, Tompkins, Washington and Westchester.

New York created its own statewide parent education initiative in 2001 under the direction of its then-Chief Judge. In her 2001 State of the Judiciary address, Chief Judge Judith S. Kaye announced the initiation of the New York State Parent Education and Awareness Program (PEAP) and the appointment of a 19-member, multi-disciplinary Advisory Board to recommend standards, guidelines and requirements for establishing and conducting parent education in the State of New York. PEAP was implemented by order dated February 1, 2001, as amended on May 12, 2004, by former Chief Administrative Judge Jonathan Lippman, who subsequently became the Chief Judge of New York State.

Judge Marks’ recent administrative order was in response to an effort to restore and improve the parent education program previously created, which continued in several counties, but which was lacking in others. For example, no parent education programs exist in the following counties: Broome, Delaware, Franklin, Fulton, Herkimer, Montgomery, Rensselaer, St. Lawrence, Sullivan and Ulster.

But 27 years ago, even before there was PEAP, an interdisciplinary group of lawyers, judges and mental health professionals in Nassau County created a program known as Parent Education and Custody Effectiveness, or PEACE. Credited as a catalyst for the expansion of parent education programs in the state, PEACE was a joint project of Hofstra University’s School of Law and the School of Education’s Graduate Program in Marriage and Family Counseling created by Hofstra Law’s Professor Andrew Schepard and matrimonial attorney Stephen W. Schlissel, Esq. Through private donations, federal grants, donations from the Interdisciplinary Forum of New York City, the New York Chapter of the American Academy of Matrimonial Lawyers, and the Nassau County Bar Association’s We Care Fund, and contributions from the law firms Schlissel Ostrow Karabatos, PLLC and Abrams, Fensterman, Fensterman, Eisman, Formato, Ferrara, Wolf & Carone, LLP, PEACE has increased in both size and scope since its inception. Because of the generosity of those mentioned above, as well as the Office of Court Administration, the program has always been offered free of charge and is presented and administered only by volunteers.

PEACE has a singular goal: education. With education will come understanding, and with understanding will come a better ability to deal with the process. Such increased understanding and ability will bring with it an increased awareness of the harm that can be imposed on children during divorce and a concomitant reduction in such harm.

Twenty-seven years later, notwithstanding multiple restarts and recreations, the PEACE program continues to service the parents of Nassau County. PEACE’s curriculum consists of three topics: (1) how the legal process resolves disputes parents do not resolve themselves, such as custody and parenting time issues; (2) the adult experience of divorce and separation; and (3) the child’s experience of divorce and separation and how parents can help their children cope with this transition.

PEACE in Nassau County is generally run eight to nine times a year, and since its inception, with very limited exceptions, has always been presented in the Nassau County Supreme Court building. In our experience, having the program in the courthouse, with court officers present, serves two important objectives: first, having the court officers present ensures both the physical and mental security of those participating; and second, by becoming acquainted with the courthouse, parents are able to see what they can expect to encounter if they are unable or unwilling to resolve their disputes reasonably and rationally. The participants are generally referred to PEACE by order of the Supreme Court or the Family Court, a process that continues in Nassau County following Judge Marks’ directive. In addition, Judge Marks’ administrative order follows PEACE’s initial determination that participants shall not be mandated to attend the program in cases where there is any history or specific allegations or pleadings of domestic violence or other abuse involving the parents or their children.

The program is run over two nights for approximately three hours per evening. Limited to less than 50 participants for any given session (both spouses in a divorcing or separating couple cannot attend the same program), the program is designed to allow for question-and-answer sessions supervised by a trained matrimonial practitioner and a trained mental health provider. The first half of the first night is about the legal process. There is a lecture by a sitting matrimonial judge (for the last several years, Judge Stacy D. Bennett has volunteered her time) about the legal system and a lecture/question-and-answer session by an experienced matrimonial attorney. The second half of the first session is facilitated by a mental health professional, who focuses on the adult experience in separation and divorce, the kinds of emotions and changes a parent will be undergoing and how to deal with them, and resource information as to where to go for help, if needed. The second session is entirely focused on the child. The primary goal is to teach parents methods that they can employ to reduce the stress of changes in the family dynamic, how to protect their children from the negative effects of high-conflict custody litigations, and how to promote and foster their children’s healthy adjustment and development.

For almost three decades, and over 7,500 participants later, PEACE has been lauded by judges, participants and others. In fact, PEACE, in the form presented in Nassau County, won an award from the American Bar Association’s Family Law Section and a Telly Award (honoring excellence in video and television across all screens) for its film about the children of divorce. Through the years, PEACE programs were created in other counties around the state, including Albany, Erie, Genesee, Onondaga, Orange, Queens, Suffolk and Westchester.

As two of the continuous providers/administrators of PEACE for many years, we can say without equivocation that this initiative, now a stalwart service to parents going through a divorce and/or separation, is a necessary and successful educational component to the divorce and separation processes.

Samuel J. Ferrara is an Executive Partner and Co-Director of the Family and Matrimonial Law department at Abrams Fensterman. 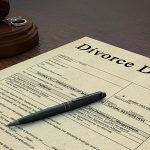 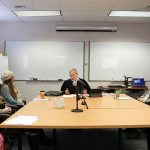