I began my work with Hofstra Law’s Youth Advocacy Clinic (YAC) in the spring semester of 2018. The YAC granted me an opportunity that changed my law school experience as well as the direction of my career. As an advocate in the YAC, I was dedicated to representing adolescent immigrant children between the ages of 14 and 21 in both family and immigration court. I guided my clients on their path to citizenship through Special Immigrant Juvenile Status (SIJS) in order to achieve a more stable and safe life for them in the United States.

My initial goal in applying to the YAC was to make a meaningful impact in children’s lives. In addition, I wanted to gain experience in the courtroom and become an effective advocate. My interest in family law — specifically, working with children — was reinforced through my work in the YAC.

Each semester, eight students are selected to serve as advocates in the Youth Advocacy Clinic. It was a privilege to be a part of a group that was dedicated to serving immigrant children’s legal needs. We were trained on SIJS matters, juvenile rights matters, and legal ethical rules. YAC seminars took place once a week for two hours in an intimate setting. At the seminars, we discussed current issues in the law, the cases we would be working on, and relevant reading assignments. We were each paired with a partner who would assist in a caseload ranging from two to five cases.

Some of our responsibilities included interviewing clients, drafting affidavits and motions, and appearing on the clients’ behalf in family court. My partner and I attended weekly supervision meetings to discuss drafts of legal memoranda and other matters relating to our cases, including various strategies to meet our respective goals. Although we were under the supervision of Professor Theo Liebmann at the clinic, we still had the perfect amount of autonomy.

Samuel and Camila’s case really resonated with me (the names have been changed to protect client confidentiality). I conducted the initial intake of Samuel and Camila, who are a brother and sister from El Salvador, to determine whether they were eligible for SIJS and whether the YAC could represent them. After listening to their compelling stories, I reported back to Professor Liebmann, and he approved the clinic’s representation of them. We immediately drafted their retainer agreement and informed them that we would be representing them. I was as eager as they were to begin the SIJS process.

SIJS is a federal statutory provision that allows undocumented immigrant children who have been abused, abandoned or neglected, or with a similar basis under state law, to petition the United States Citizenship and Immigration Services (USCIS) for legal permanent residency, also known as a green card. The family court is required to make special findings before an individual is permitted to petition the USCIS for SIJS. A child may be eligible for SIJS if the court makes the following findings: (1) the child is under 21 years old; (2) the child is unmarried; (3) the child is declared dependent on a juvenile court (family court); (4) reunification with one or both parents is not viable due to abuse, abandonment or neglect; and (5) it is not in the child’s best interest to return to the country of origin.

Samuel and Camila traveled to the United States with their mother, Maria. They took a total of 10 buses to get to New York from Texas with the intention of reuniting with their family in the United States. Samuel was 16 years old and Camila was 14 years old. Samuel had plans to join the military. Camila had plans to become a police officer. Over the course of several meetings, during which I helped them to prepare for the SIJS process and their court appearance, Samuel and Camila opened up to me, and we developed a strong bond.

While Samuel and Camila were in El Salvador, they feared for their safety every day, whether they were at school, at home or in their community. At school, gangs would loiter outside the premises, from the morning into the nighttime, to recruit new members. Samuel and Camila tried to ignore the gang members’ advances anytime they were approached by them but remained fearful on a daily basis after months of harassment. They knew of the extreme violence of which the gangs were capable, and they desperately wanted to escape this hostile and dangerous environment.

At home, Samuel and Camila’s father brutally beat their mother, Maria, while the children watched. They both expressed how scared and helpless they felt when they witnessed this senseless violence in their own home. Soon thereafter, their father abandoned them. Besides the violence within their home, the gang members were actively harassing Samuel and Camila’s close family and friends. The siblings also witnessed gang members committing a number of violent acts, and they explained to me in detail how dangerous the gang members were. There was no way for them to escape the gang’s ominous presence throughout their community. At that point, they knew that staying in El Salvador was not an option. Despite the brutality that they were subjected to in El Salvador, they remained so hopeful when they realized that they would have the opportunity to start a brand-new life in the United States. I admired their courage, emotional strength and optimism.

My drive to advocate zealously for Samuel and Camila was based on all of the compelling reasons that made returning to El Salvador an unacceptable outcome for them. Most of their family members were in the United States, and if they had to go back to El Salvador, they would be alone and forced to exist in an atmosphere of unspeakable violence.

Their guardianship case was my first time appearing before a judge in family court. I was very nervous, but instead of thinking about my own feelings, I wanted to make sure that Samuel and Camila received effective representation. It was my goal to ensure that they did not return to the dangers in El Salvador. I spent a significant amount of time preparing for the court appearance, which included practicing out loud to myself in the mirror and with my partner to prepare myself for the myriad of possibilities that could happen in court. I remember hearing our case being called by the court officer. I was responsible for Samuel and Camila’s direct examinations. As I asked them questions in front of the judge, I noticed that they were very confident. My partner performed the direct examination of their mother, Maria. Ultimately, the court granted our request to have Maria appointed as Samuel and Camila’s guardian, which is the first step in obtaining SIJS.

The Youth Advocacy Clinic has helped to provide me with the skills and confidence that I need to be successful and effective in the legal profession. My experience with Samuel, Camila and their mother has motivated me to continue advocating for families in need. I hope to inspire other law students to participate in clinical work, as it has afforded me such an invaluable experience. 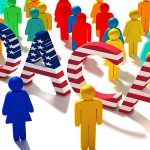 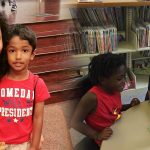